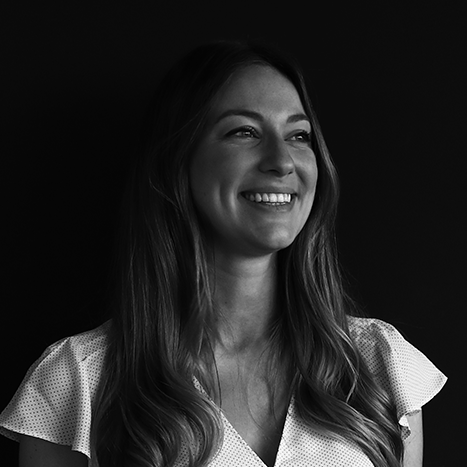 Connected TV is overtaking the programmatic advertising industry by storm. What’s even more exhausting is trying to keep up with all the new terms coming out of video advertising technology. Although some may think of the concept as elusive and complicated, it is actually quite simple when you break it down. Moving forward into 2021 and beyond, it will be important for advertisers to grasp these concepts fully, as videos are expected to represent 82% of the web traffic in 2021.

We are well accustomed to watching videos (and experiencing video ads) on all types of devices, including when browsing on our phones, tablets and desktop computers. CTV ads imply embedding seamless ads into video content on TV screens in our homes, programmatically. This means applying all of the usual audience targeting methodologies of traditional programmatic advertising, but doing so on a completely new device: the television.

CTV, or “Connected TV”, in simple terms, is a TV that connects to the internet. You may very well have one in your own home. These devices include Smart TV’s, Apple TV’s, devices such as Tivo and Roku, and even XBox & Playstation consoles. According to a recent report, 80% of U.S. TV Households have at least one Connected TV device. The power of CTV is in its ability to be connected to the digital world, which allows it to display programmatic ads to its viewers. With CTV already generally available in households around the world, there is no doubt advertisers want to learn more about its capabilities.

OTT, also referred to as “Over-the-Top”, is a content provider that can stream media as a service. OTT is different from traditional telecommunication networks or cable television providers because it functions with a simple internet connection, rather than a cable or antenna. Although the term is often used to describe video-on-demand platforms, OTT can also be found amongst audio streaming and messaging services, as well as internet-based voice calling solutions. Examples of popular OTT providers are services like Netflix, Hulu or Disney+. The monetization model of OTT is generally done through subscriptions, but there are exceptions, with some platforms offering in-app purchases or advertising.

Linear TV is the traditional method of watching television, in which a viewer watches a show or program at a set time on a specific channel. The Linear TV viewing experience implies watching content through an antenna or by paying for a cable or satellite subscription. Traditional TV sets were introduced in households in the 1930s, and have continued to evolve throughout the decades. By 1980, 98% of Americans had a television in their home. Television providers today are losing customers on a yearly basis due to the rising popularity of Connected TVs.

Advanced TV is a term which encompasses television content that goes beyond traditional linear TV broadcasting models. Advanced TV allows advertisers to deliver messages and connect with their audience in a deeper, more meaningful way than traditional TV. This is due to the ability to create conceptual advertising experiences, delivered programmatically. Advanced TVs are becoming increasingly popular around the world. In fact, according to a recent report from Samsung, 63% of all TV viewing time now happens on streaming services.

Addressable TV, or ATV, is the process of showing different ads to different households, while they are watching the same program. The process is possible via the internet, thus including any connected device on which television can be viewed. Contrary to broadcast TV, where pauses in the program are essential to run traditional commercials, Addressable TV can move beyond large-scale buying and focus their efforts on precise audience targeting and increase relevance. To put things into perspective, imagine watching the same TV show as a friend, but in your own respective households. Your friend might experience real estate advertisements because they are looking to buy a house, while you see an ad for a car you previously showed interest in. Addressable TV allows marketers to deliver specific ads to specific people based on their interests, habits, and demographics.

Addressable VOD, or Video-On-Demand, is the process of displaying ads into cable programs via a cable provider. With Video-On-Demand platforms, viewers can choose their TV content through a computer or interactive TV system. The process can leverage subscriber registration to, in-turn, display ads across various channels with specific audience segments. The system differs from traditional TV because programs can be paused, played and fast-forwarded as the user desires, with ads being inserted within the content instead of a commercial break.

Subscription Video-On-Demand (SVOD) is based on a subscription model, and includes video content providers such as Netflix, Hulu and Amazon Prime.

On the contrary, Ads-Supported Video-On-Demand (AVOD) is content that is ad-supported, and therefore, remains free of charge. Examples of AVOD platforms are YouTube, Crackle and The Roku Channel.

MVPD stands for “Multichannel Video Programming Distributor”, and includes services that provide multiple television channels to viewers. These service providers deliver video content to consumers on their television exclusively through cable or satellite TV, for example Comcast, DISH, and Cox.

On the other hand, vMVPD, which stands for “ Virtual Multichannel Video Programming Distributor”, provides similar services but delivered through the internet. They often contain fewer channels than traditional cable television, and examples of these include Sling TV, Playstation Vue, Youtube TV and Hulu Live.

In the spirit of creating a full on dictionary of terms, we also wanted to create a helpful illustrated guide. Check it out below!

Lauralyn joined Sharethrough over 3 years ago as a Digital Designer in the Marketing Team. Since then, she has contributed to create a strong brand identity throughout a variety of projects, as well as manage the marketing team. Prior to Sharethrough, Lauralyn was practicing design on a contract basis, a practice she calls a “true hobby and passion”, as she still contributes to design projects in her free time.